Yogeśvara: She’s asking... This is a French nun, and she wishes to know whether for us Christ is the son of God or is He God Himself, or what is the identity of Lord Jesus Christ? 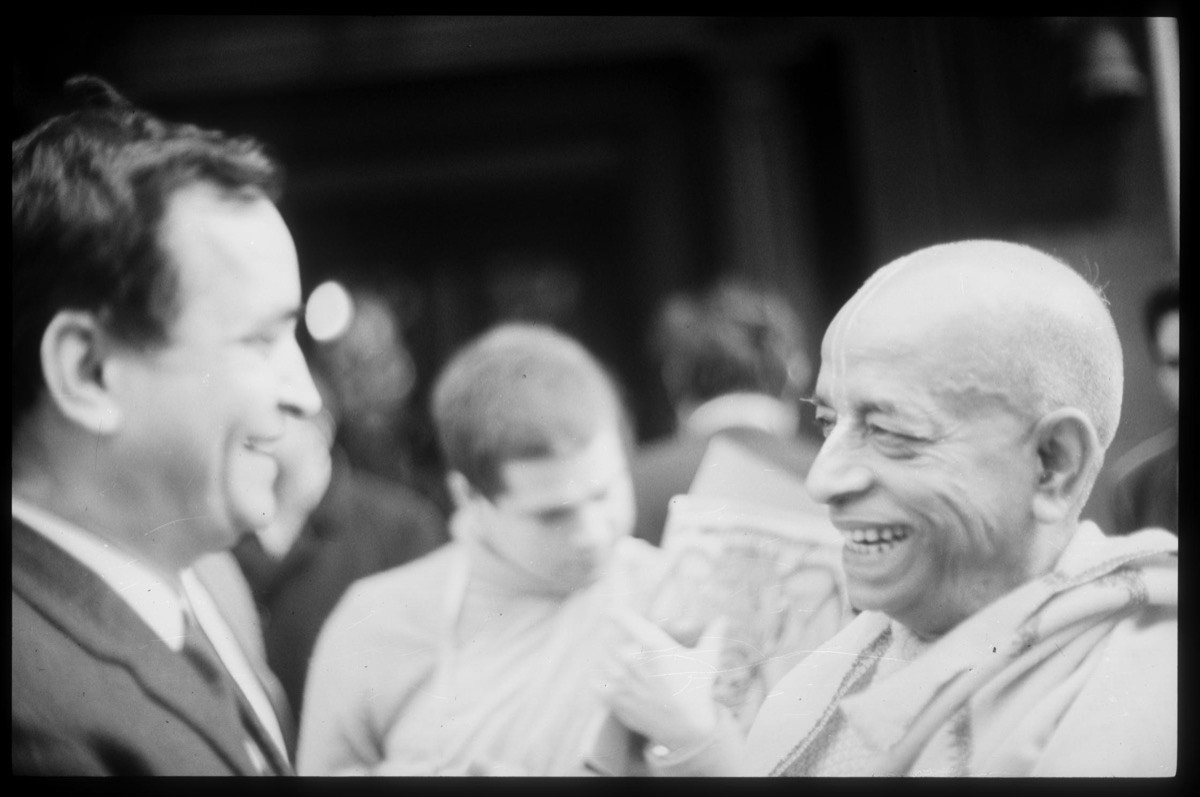 Yogeśvara: She’s asking… This is a French nun, and she wishes to know whether for us Christ is the son of God or is He God Himself, or what is the identity of Lord Jesus Christ? ¶

Yogeśvara: …question. She asks what is the difference between our understanding of reincarnation and the Christian concept of the resurrection of Jesus Christ. Christ said he would come again. Is there a difference? Is it the same thing? ¶

Prabhupāda: I don’t find anything. ¶

Yogeśvara: There was this gentleman this afternoon who was asking you about people who are constantly…, constantly being tested by all kinds of miserable circumstances. She asks: Is it not a sign of a soul that God has chosen to favor that he sends them such miserable conditions of material life? ¶

Prabhupāda: Yes. Devotee, in miserable condition, they accept it as a favor of God. [break] …in the Bhāgavata: ¶

Yogeśvara: She, she asks you for an explanation of an event that happened to her sister. Her sister died at the age of five and a half years. And just before her death, she apparently was able to explain some of her past lifetimes to her mother, that she had formerly been a princess or of noble birth, and that now she was being called. Is there some explanation for that? ¶

Prabhupāda: Yes. She remembers of her last birth. That is quite possible. Because we are changing body. So one who can remember about his past life, they are called jāta-smaraṇa. ¶

Yogeśvara: She asks for a definition of the word “occult.” What is something that is occult, something occult, or mystic? What is it? ¶

Yogeśvara: Mystic. What is mysticism? ¶

Prabhupāda: I do not say anything on mysticism. Mystic, something, it is called rahasya. ¶

Prabhupāda: Rahasya. Something wonderful. Is that meaning, mystic? ¶

Indian man: Mystic… I mean. I think when Western historians and literators explain Indian religious literature, especially literature of bhakti-mārga, they term that those are the mystics, and also they term the Sufi poets are mystics. [break] ¶