Tamāla Kṛṣṇa: ...would that be all right? Of course, first they’re going to finish this gate. Should I go and see it tomorrow? 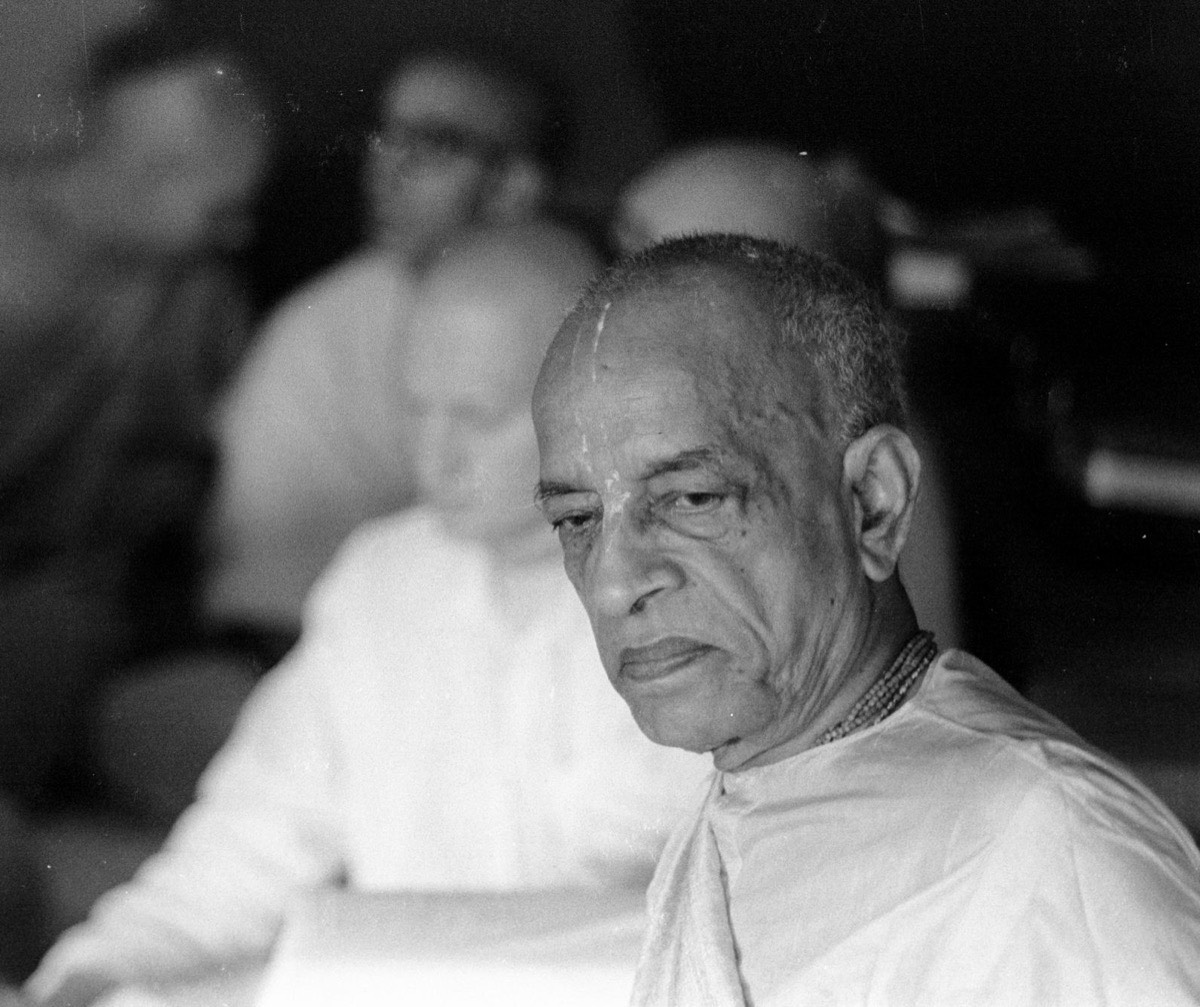 Tamāla Kṛṣṇa: …would that be all right? Of course, first they’re going to finish this gate. Should I go and see it tomorrow? ¶

Tamāla Kṛṣṇa: Just inquire? [aside:] You can keep chanting. ¶

Tamāla Kṛṣṇa: I just told them to keep chanting. ¶

Prabhupāda: You did not read that conveyance? ¶

Tamāla Kṛṣṇa: Yes, I did today. There’s some things we have to get clarified. ¶

Prabhupāda: What is that? ¶

Prabhupāda: Do not copy? ¶

Tamāla Kṛṣṇa: No, we had never made a copy. So I think the easiest thing would be to give Jayapatākā Mahārāja a letter of authority. He’ll get the agreement, and even right in the bank or else at the temple in Calcutta he can make a copy and send us a copy and redeposit the original with the bank. And that’s one point. Then another point is that the land on which the building was erected doesn’t actually belong to Mr. Patodiya. It belonged to a Bengali gentleman, and in fact it’s not owned by Mr. Patodiya. It’s leased for ninety-nine years, of which eighty-five years still remain. So this conveyance more or less… It appears that every guarantee is only given for the duration of that lease—another eighty-five years. So the obvious question is what happens after that eighty-five years? Of course, a lawyer, a solicitor, can tell us this very easily, but I’m thinking that it might be helpful that when Jayapatākā is sending us the copy of the sale agreement he may also get a copy for Mr. Patodiya of that lease agreement which Mr. Patodiya has with the Bengali gentleman, so that we can see what the position is after eighty-five years. Girirāja and I were studying it pretty closely. So what we’re going to probably do is we’ll give the copy of the conveyance draft to one of our Life Member lawyers, friends, you know, friends in Delhi, and in the meantime, while he’s looking at it, we’ll get the necessary documents from Calcutta. Then we’ll settle it up. Not difficult. ¶

Prabhupāda: There are other? Other occupants? ¶

Tamāla Kṛṣṇa: There are other occupants? I don’t follow your question, Prabhupāda. ¶

Prabhupāda: As we have taken… ¶

Tamāla Kṛṣṇa: …others have also taken. Yes. But we can find out what they’re doing. Should Jayapatākā do these things? I think he is the proper person, not Śatadhanya. Jayapatākā is more experienced with these kind of things, legal works. In any case, we’re dealing with it. Then there’s also the issue of who is responsible for paying the various corporation taxes and things like that. ¶

Tamāla Kṛṣṇa: The occupier. Not the owner, not Patodiya. We are responsible. ¶

Prabhupāda: As other occupier. ¶

Tamāla Kṛṣṇa: Yes. I mean I was just going to say, what’s really required is for Jayapatākā to meet the…, one or two of the association people, people who occupy there, and just find out how they are doing. I discussed this already with Girirāja. The main thing is that we have to have a copy of the sale agreement so that we can see that the terms of the conveyance agree with the terms of the sale agreement. That’s the biggest issue. [kīrtana] [break] ¶

Dr. G. Ghosh: [Bengali] He had his morning Complan? ¶

Bhakti-caru: No, not as yet. ¶

Dr. G. Ghosh: [Bengali with Bhakti-caru] Pomegranate juice. Or Complan? Preparing. His pulse has definitely improved, and the swelling too has come down. [break] ¶

Bhavānanda: Now you’re resting nicely? Not. [break] I think that you… [break] Because up until then you were taking some small amount of solid food. [end] ¶