Prabhupāda: The system of management will go on as it is now. There is no need of changing. The money which is in my personal name in different banks, that is being spent for the Society, and it will be Society 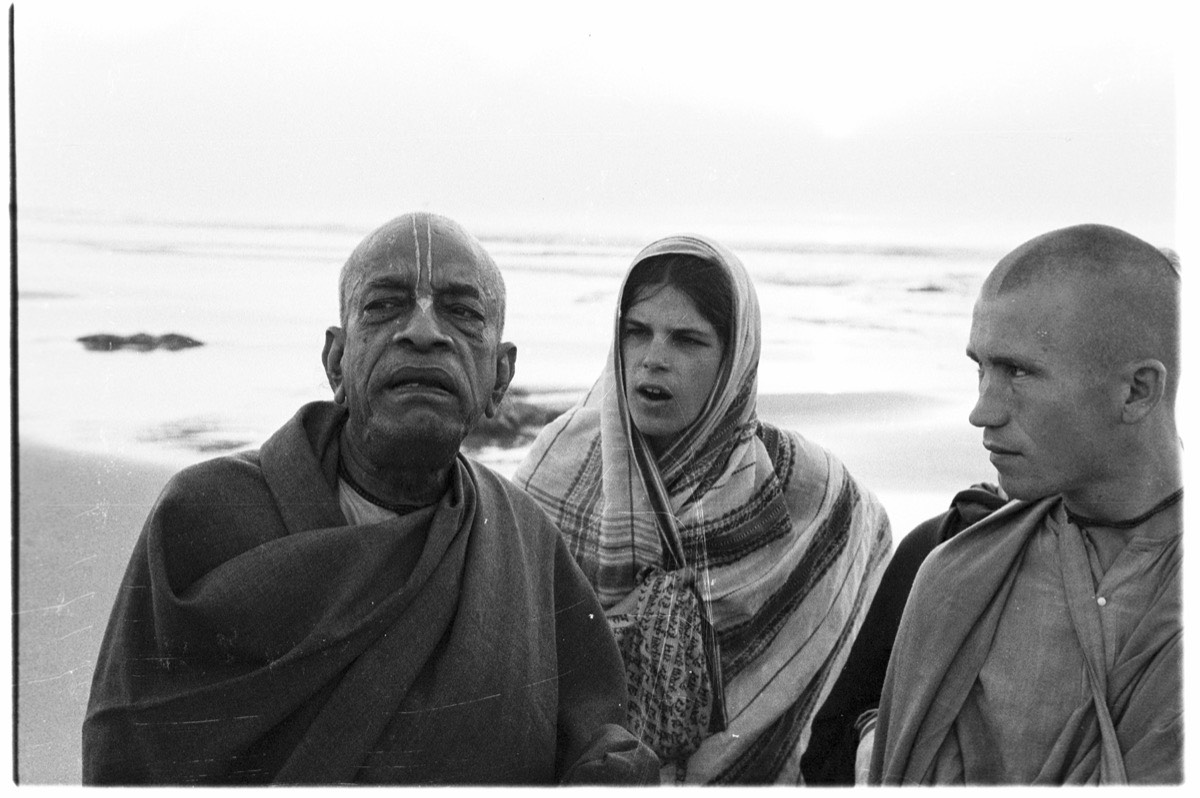 Prabhupāda: The system of management will go on as it is now. There is no need of changing. The money which is in my personal name in different banks, that is being spent for the Society, and it will be Society’s property. In this connection a few deposits, which is allowing some pension to the members of my former family, may not be touched. That’s all, two points. Hmm? What do you think? So…? ¶

Tamāla Kṛṣṇa: What can I suggest? ¶

Tamāla Kṛṣṇa: That in regard to the three temples, Māyāpur, Bombay and Vṛndāvana, you should designate who you want the trustees to be. ¶

Prabhupāda: That I shall do. ¶

Tamāla Kṛṣṇa: And in regard to the money which is held in your name, which will be used for the Society, that should also be… Your signature should be given as a power of attorney to two or three other persons. ¶

Tamāla Kṛṣṇa: Other than that, you already formed the Māyāpur-Vṛndāvana Trust. Everything is there. ¶

Tamāla Kṛṣṇa: BBT is there. ¶

Prabhupāda: These are the points. ¶

Tamāla Kṛṣṇa: And I have the numbers of your fixed deposits, so when you mention the former family members, we can specify which deposits they are… ¶

Tamāla Kṛṣṇa: …so they’ll be no misunderstanding. ¶

Prabhupāda: That is also lifetime. ¶

Tamāla Kṛṣṇa: In their lifetime, not beyond. ¶

Prabhupāda: And after the demise, the money belong to the Society. ¶

Tamāla Kṛṣṇa: Society. That means the deposits will remain intact, and simply the interest will be given as a monthly stipend. ¶

Tamāla Kṛṣṇa: Right now the interest is being given to M. M. De and to your… ¶

Tamāla Kṛṣṇa: Those three. So we can mention that also, their names. And after their lifetime, then the full amount and interest can be given back to the Society. ¶

Prabhupāda: This will be my will, and some of you will sign. That’s all. That is sufficient. ¶

Tamāla Kṛṣṇa: Yeah. I’ll make up a rough draft and keep it. If you ever want to, I can show. ¶

Prabhupāda: That will… ¶

Tamāla Kṛṣṇa: You can also add to this that “Any properties which I own in my name…” ¶

Prabhupāda: “Belong to the Society.” ¶

Prabhupāda: “Belong to the Society.” ¶

Tamāla Kṛṣṇa: Yes. And you can again either have those same persons who were power of attorney to your signature can handle those properties, sign on your behalf if anything is required. I think the only place where there’s properties in your name is in Māyāpur, so far I know. I remember you… I originally purchased the land. I think I purchased in your name. ¶

Prabhupāda: So you have to decide how to manage very nicely. Otherwise will is also given. ¶

Tamāla Kṛṣṇa: So far calling the men here, you actually feel… You said this morning there are two things: surviving or preparing for departure. But actually you are feeling that, the latter, and how all of the GBC cannot be called. I think they… ¶

Prabhupāda: So let… Let them come and be present. ¶

Prabhupāda: Yes. I have no… I have no objection. ¶

Prabhupāda: Hmm? What you are thinking? ¶

Tamāla Kṛṣṇa: I was just thinking that… I was remembering in Gorakhpur, Hari Prasad Podhar. So I was thinking that when Kṛṣṇa wants His devotee to come back to Him, then it seems like He gives the devotee notice. But it seems like you’re… I mean, when you were in Bombay you were hoping very much to recover. Seems like you’re not…, you know… That will seems not to be so strong as it was then, maybe because there’s been so many… You’ve made such a effort to get better, and it still hasn’t improved. So how long one can keep trying like that? ¶

Prabhupāda: Therefore I do not wish to leave Vṛndāvana. ¶

Prabhupāda: If by Kṛṣṇa’s desire I survive, then we shall see later on. Otherwise… ¶

Tamāla Kṛṣṇa: One thing I feel is that if a lot of these devotees, good devotees, come, that seeing them will also… I mean, there’s no doubt, if Kṛṣṇa wants you to survive, that there’s lots of good work that can still be done. That’s for sure. So much, of course, has… Everything you’ve given us is complete, but if Kṛṣṇa likes, then still more could be done. And I think that seeing these devotees will be enthusing. You said everything depends on utsāha, enthusiasm. So enthusiasm for living also depends on nice association of nice devotees. So if these devotees come, you may feel enthusiastic. Maybe encouragement. ‘Cause they’re not going to accept very easily that you should not be present. ¶

Prabhupāda: I think this cooler keeps the whole block… ¶

Tamāla Kṛṣṇa: Oh, it does. It does. I keep the wooden doors separating your room and my office open, and my room is quite cool. Only a curtain is there. Air blows through. ¶

Prabhupāda: So let it go on like that. ¶

Tamāla Kṛṣṇa: Actually—of course you don’t want it—but if that other one is also turned on, the whole bottom floor will be very cool. And the kus[?], when they put that in—all these windows will have kus—then you will not know that you are in summer season. In fact, you won’t even want to go upstairs at night, it’ll be so cool down here. Of course, upstairs is good because open air. ¶

Prabhupāda: The nail cutter, can you…? You know how to cut? ¶

Tamāla Kṛṣṇa: I don’t know how to use the tool that you use. The kind I use is a different thing. ¶

Prabhupāda: What is that? ¶

Tamāla Kṛṣṇa: Well, it clips, and I think you use a knife of some kind. ¶

Prabhupāda: No. You have got that clip? ¶

Tamāla Kṛṣṇa: Yeah, I have a clipper. ¶

Prabhupāda: That will be… ¶

Tamāla Kṛṣṇa: When do you want it done? ¶

Tamāla Kṛṣṇa: After you wake up. Take rest now. ¶

Prabhupāda: Just see: here it is cooler or there? ¶

Tamāla Kṛṣṇa: It’s much cooler… It’s cooler in this room. It’s more airy and it’s cooler, because that cooler is on. If you hook up that other cooler in there you’ll get just as cool. ¶