Prabhupāda: All the Vaiṣṇavas, they are expert. Just like Rūpa, Sanātana, expert management. [indistinct] expert, even in worldly affairs. Not that “I am so much big devotee that I cannot manage worldly affairs. 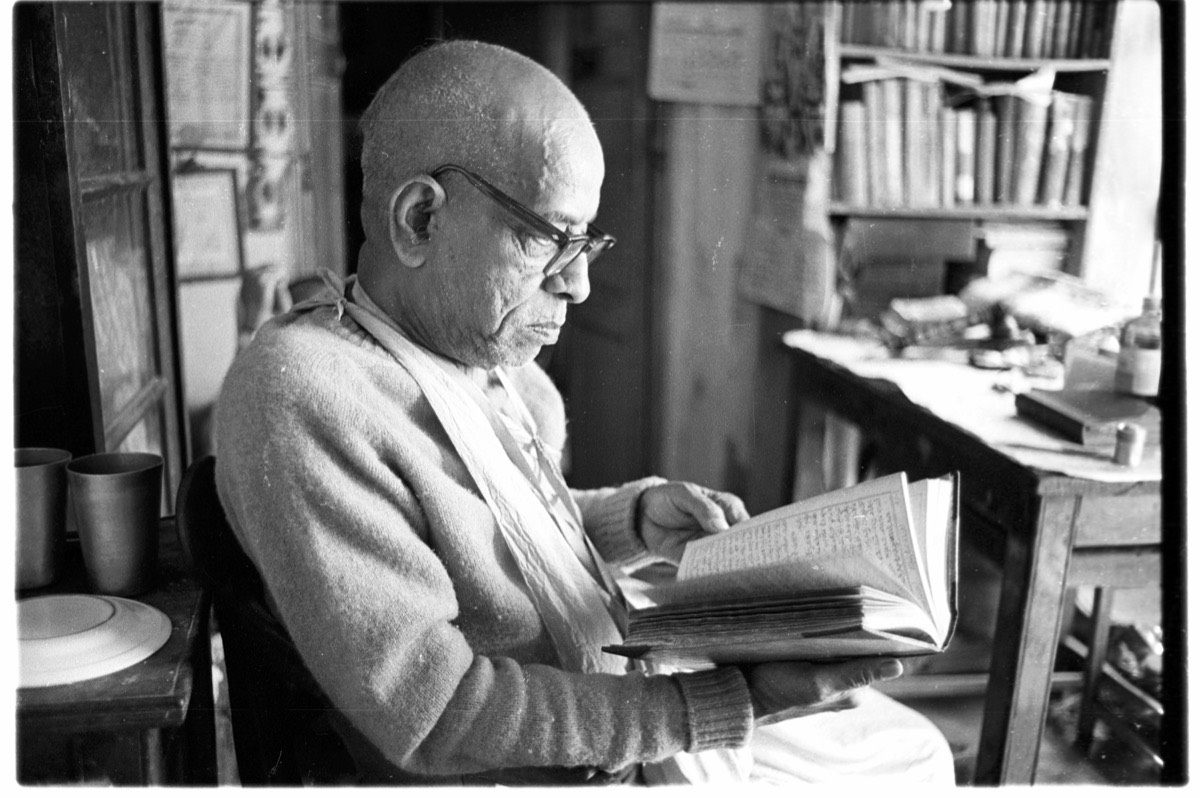 Prabhupāda: All the Vaiṣṇavas, they are expert. Just like Rūpa, Sanātana, expert management. [indistinct] expert, even in worldly affairs. Not that “I am so much big devotee that I cannot manage worldly affairs.” Expert. Must be expert. Dakṣa. ¶

Prabhupāda: So she can give me the fruits now. So… [break] …intelligent policy to kill India’s spiritual status. ¶

Prabhupāda: That was their policy. Because there was one Britisher politician, Lord Macaulay. His report was… He studied the whole Indian situation. They were very expert politicians. So he reported that “If you keep Indians as Indians, you’ll never be able to rule over them. They must be trained up in such a way that they would think their own culture as useless; this Western culture is very good. That impression must be there. Otherwise, you cannot rule over them.” So the education and everything was going on very silently on this principle. ¶

Haṁsadūta: Imperceptibly they introduced this. ¶

Prabhupāda: Hmm. That is their administration. And that was going on for the last two hundred years. So India lost. At last moment is… [break] …educated persons, they lost. And the mass of people, they were not educated. They have not lost, but they don’t find any good example by the leaders. ¶

Prabhupāda: No encouragement. They are simply staying somehow or other in their original culture, but there is no encouragement by the leaders. But the leaders have lost. This is the position. Just like Jawaharlal Nehru, he was a complete rascal about Indian culture. He did not think that Indian culture has any value. Therefore he wrote the book, Discovery of India. You know that? He has… It is little popular. Discovery of India. So long India was not discovered by opiate or something like, as the Russians say. Now it is now discovered. And that its leaders have to become Anglicized or Europeanized; industry, the Western way of living, eating, and everything. Pollution. Everything. ¶

Prabhupāda: Yes, also. Otherwise, we have seen in our childhood how happy people were there. Simple. If one has five rupees’ income per month, he’s happy. I’ve seen it. Husband, wife, a small family, if he has got five rupees’ income, they can maintain very nicely, happily. Why not? Suppose he has got five rupees’ income. The rice was selling at four rupees. So two person, say one-fourth kg., one-fourth share each. A gentleman cannot eat more than that. So means half a share. And the whole month, fifteen share. It is about one rupee eight annas. And further, one rupees eight annas add for vegetables and other things. With three rupees they can maintain, the husband and wife. And two rupees still there, he can spend for other purposes. I have seen it. Fresh vegetables, rice, this and… Just like with banana leaf. The pots were of earthen, the wife is cooking, and she’s utilizing dry foliage as fuel, a little temperature, everything is cooked. The husband takes one banana leaf and spreads, and the wife gives sufficient rice, vegetables. And things were so cheap, I have seen it. And fresh. ¶

Prabhupāda: Anything fresh. Any cultivator, he has got little land surrounding his house, and he’s growing vegetable like squash, chilis, and some spinage… Spinach? ¶

Prabhupāda: Eggplant. And this banana. So whatever he’s grown he takes in a basket, goes to the market, immediately sold. And they’re all fresh. Collected in the morning, and it is sold by eight o’clock. All fresh vegetables. There was no export, there was no facility of transport. These rascals introduced transport, big-scale transport, this railway. There was no railway. So transport means this villager, instead of selling locally or one mile away, he will dispatch in Calcutta. The Calcutta people, they are sitting on table and smoking, and printing paper money and exploit. ¶

Haṁsadūta: We had this experience when we were traveling with our bus from Calcutta to Vṛndāvana. We would want to buy watermelon from people who were growing right on the bank of the river, and he would have huge piles. And he would say, “No, I’m not selling. I’m transporting these to Delhi, where one cannot get watermelon.” He’s getting five times the price he would get in his local… ¶

Prabhupāda: And from Vṛndāvana, we have seen, they are exporting that drumbeats? Vṛndāvana? ¶

Prabhupāda: Huh? Drumstick. So the transport is a dangerous thing. ¶

Haṁsadūta: Yes, this is a scheme. ¶

Prabhupāda: A local man cannot get. He’s starving. And the man in big cities, he’s doing nothing, he simply has got paper to sign, and paper money he’s attracting. All production, and they are starving. This is modern civilization. Everything—milk, vegetable, fish, everything, this chānā. Otherwise, within the village you can get everything. Village economy, everything very cheap. And as soon as they got these transport facilities, the local men, they could not eat, and these lazy rascals, they are getting everything. Big, big cities like Calcutta, Bombay, they, millions of population, they are not producing anything. The producer is different man. They are simply artificially cheating them by paper money, and they take it. This is modern civilization. ¶

Haṁsadūta: And on the basis of this transporting of food, other industries grow. Like for instance packing. Sometimes the package costs more than the item which is being packaged. ¶

Prabhupāda: Especially in your country. Packing is more important than the… They sent me some presentation in a huge package. ¶

Haṁsadūta: Consequently, those persons who are farmers, they become discouraged. ¶

Prabhupāda: Now it has become a problem how to throw these packings. ¶

Haṁsadūta: Yes, this is another problem. ¶

Prabhupāda: Simply creating problems. Lavana haila ithe gatila jagya[?]. This modern civilization, they could not make any profit. They have created some problems, that’s all. Very dangerous civilization. ¶

Haṁsadūta: There was one writer, he wrote a book about the cities, these big modern cities. And he said that in the future the price of labor will become so enormous that to break down the old buildings in these cities, which have been built to become obsolete, will be impossible. And the whole place will become swamp land by that. [end] ¶