Prabhupāda: “The Baba personifies Him[?].” 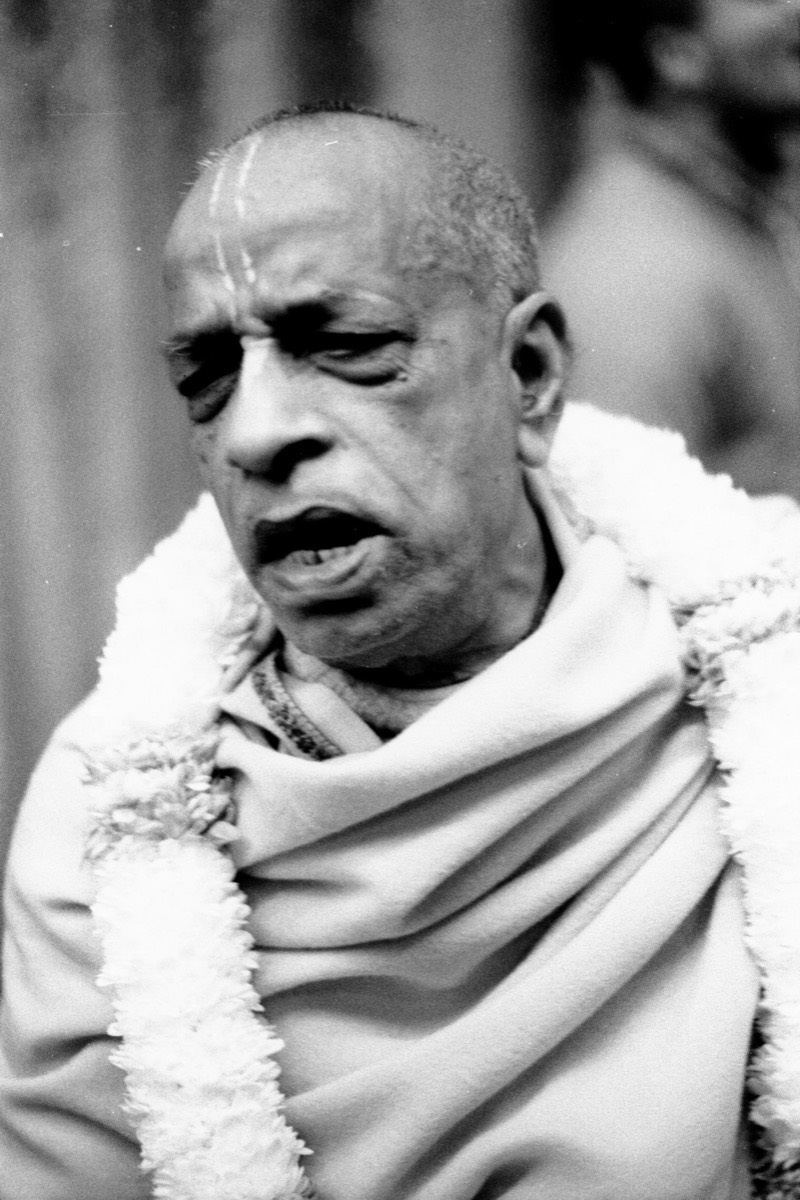 Prabhupāda: “The Baba personifies Him[?].” ¶

Hari-śauri: Yes. He said, “Baba personifies this philosophy,” that’s God in man and man in God is the basis of religion. “As he told me, ‘God is man, and man is God. All of us have something of God, the divine spark, within us. All men are divine like myself, with the spirit embodied in human flesh and bone. The only difference is that they are unaware of this Godhood.’ ” ¶

Hari-śauri: This is… And then the next part’s even worse. “For the doubting or confused minority, to which section I then belonged, Swāmījī has this message: ‘Those who want to secure pearls from the sea have to dive deep to fetch them. It does not help them to dabble among the shallow waves near the shore and say that the sea has no pearls and that all stories about them are false. Likewise, if a person wants to secure the love and grace of the avatāra, he must also dive deep and get submerged in Sai Baba. Then only will he become one with me and carry me in his innermost heart.’ ” ¶

Prabhupāda: Everyone can say like that. What you have done as God? “God is an Indian.” Making things very complicated. ¶

Prabhupāda: So, anything about us? He criticized “God is an Indian,” that is a criticism. ¶

Hari-śauri: No, no. This is a glorification. He’s a nationalist; so he’s saying God is an Indian, ‘cause it’s supposed to be very good. ¶

Prabhupāda: And how God can be Indian? Then how He’s God? God must be for everyone. An Indian God. ¶

Hari-śauri: He says here that he is the image of Kṛṣṇa incarnate. ¶

Hari-śauri: He says, “They say that he’s Śiva and Pārvatī combined together. He certainly embodies both masculinity and femininity. Kṛṣṇa, as we read of Him in the scriptures, must have resembled Swāmījī. His walk is that of a dancer floating in a graceful movement.” ¶

Prabhupāda: All right. I will take rest. ¶

Hari-śauri: You want to keep this? ¶

Prabhupāda: No, no. Bedroom set up? ¶

Hari-śauri: They’re all Māyāvādīs. He was just beginning the reply. ¶

Pradyumna: I was just underlining that thing and… ¶

Prabhupāda: So you write. I’ve already told you. I cannot speak now. You write. I have given you already hints. ¶

Unintelligent men, who know Me not, think that I have assumed this form and personality. Due to their small knowledge, they do not know My higher nature, which is changeless and supreme.. He says, “I come from the formless.” But Kṛṣṇa says anyone who says that is abuddhayaḥ. ¶

Prabhupāda: Besides that, He says in another place that as they pass through our existence… [break] …in future we shall continue, then when he becomes avyakta? ¶

Prabhupāda: Past, present, future, there are three times. So if every time He is person, when He becomes imperson? ¶

Hari-śauri: And this thing about God is an Indian. ¶

It should be understood that all species of life, O son of Kuntī, are made possible by birth in this material nature, and that I am the seed-giving father.. So how He’s Indian? Throughout the whole universe, as many forms of body are there, He is the father. So how He is Indian? If the father is Indian, then the son is also Indian. So father is non-Indian, so how the God can be Indian? In this way they are… ¶

Fools deride Me when I descend in the human form. They do not know My transcendental nature and My supreme dominion over all that be.. ¶

Prabhupāda: Tanum āśritam. This conscious of “Indian,” “European” is there because you are a mūḍha. Just directly charge him. Directly. That “You are a mūḍha, you are a rascal,” immediately. Let him speak. And send it to the newspaper that this letter we have sent challenging this rascal, let him reply. If he does not reply, silent, that means he accepts he’s a rascal. ¶

Hari-śauri: Yes, because Blitz has taken up to advertise that he’s God, so now they should accept challenge. ¶

Hari-śauri: Yes. And if he was Kṛṣṇa before, how is it he’s disagreeing with what the Bhagavad-gītā says? ¶

Prabhupāda: “You are not Kṛṣṇa. Because if you were Kṛṣṇa, then how you can be a rascal? Kṛṣṇa is not a rascal.” [end] ¶