Leading Exponent of the Science of Kṛṣṇa Consciousness in the West and the World’s Most Distinguished Teacher of Vedic Religion and Thought. Author of Bhagavad-gītā As It Is, Śrīmad-Bhāgavatam, KṚṢṆA and many other English Versions of Vedic literature. He is the Founder and Spiritual Master of the International Society for Krishna Consciousness. » Booksplugin-autotooltip__small plugin-autotooltip_bigBooks by His Divine Grace

The most comprehensive and authoritative Vedic scriptural literature is the Śrīmad-Bhāgavatam (“The Beautiful Story of the Personality of Godhead”), the mature contribution of Śrīla Vyāsadeva, the compiler of the Vedas. Of the twelve cantos of Śrīmad-Bhāgavatam, the tenth canto is considered the most confidential, since it describes the transcendental pastimes of Śrī Kṛṣṇa, the Supreme Personality of Godhead. Kṛṣṇa is a summary study of the tenth canto of Śrīmad-Bhāgavatam. » Words from Appleplugin-autotooltip__small plugin-autotooltip_bigKṚṢṆA Words from Apple

Everybody is looking for Kṛṣṇa.

Some don’t realize that they are, but they are.

As GOD is unlimited, HE has many Names. 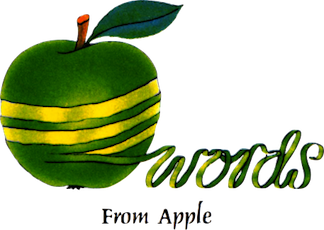 Everybody is looking for Kṛṣṇa.
Some don’t realize that they are, but they are.
KṚṢṆA is GOD, the source of all that exists, the Cause of all that is, was, or ever will be.
As GOD is unlimited, HE has many Names.
Allah-Buddha-Jehova-Rama: ALL are KṚṢṆA, all are ONE. ¶

God is not abstract; He has both the impersonal and the personal aspects to His personality, which is SUPREME, ETERNAL, BLISSFUL, and full of KNOWLEDGE. As a single drop of water has the same qualities as an ocean of water, so has our consciousness the qualities of GOD’S consciousness … but through our identification and attachment with material energy (physical body, sense pleasures, material possessions, ego, etc.) our true TRANSCENDENTAL CONSCIOUSNESS has been polluted, and like a dirty mirror it is unable to reflect a pure image. ¶

With many lives our association with the TEMPORARY has grown. This impermanent body, a bag of bones and flesh, is mistaken for our true self, and we have accepted this temporay condition to be final. ¶

Through all ages, great SAINTS have remained as living proof that this non-temporary, permanent state of GOD CONSCIOUSNESS can be revived in all living Souls. Each soul is potentially divine. ¶

Kṛṣṇa says in Bhagavad Gita: “Steady in the Self, being freed from all material contamination, the yogi achieves the highest perfectional stage of happiness in touch with the Supreme Consciousness.” (VI, 28) ¶

YOGA (a scientific method for GOD (SELF) realization) is the process by which we purify our consciousness, stop further pollution, and arrive at the state of Perfection, full KNOWLEDGE, full BLISS. ¶

If there’s a God, I want to see Him. It’s pointless to believe in something without proof, and Kṛṣṇa Consciousness and meditation are methods where you can actually obtain GOD perception. You can actually see God, and hear Him, play with Him. It might sound crazy, but He is actually there, actually with you. ¶

There are many yogic Paths—Raja, Jnana, Hatha, Kriya, Karma, Bhakti—which are all acclaimed by the MASTERS of each method. ¶

SWAMI BHAKTIVEDANTA is as his title says, a BHAKTI Yogi following the path of DEVOTION. By serving GOD through each thought, word and DEED, and by chanting HIS Holy Names, the devotee quickly develops God-consciousness. By chanting ¶

One inevitable arrives at KṚṢṆA Consciousness. (The proof of the pudding is in the eating!) ¶

I request that you take advantage of this book KṚṢṆA, and enter into its understanding. I also request that you make an appointment to meet your God now, through the self liberating process of YOGA (UNION) and GIVE PEACE A CHANCE. ¶